What a deception! I was in Antwerpen last night to see the legend of the Beatles from my own eyes and ears. I paid a quite decent amount (85EUR) for my ticket, but ended up in something different than what I expect from a rock concert. I was seated 120 meters away from the stage near the highest point of the venue. In addition the giant screens on the side of the stage were partly hidden by the too giant speakers (see the picture below).

Surely the Beatles songs remain intact and modern and even magic. But from my position the sound was not at the quality level I would expect. Eventually we had to move to the far right (and above) of the stage to get a chance to see you and hear you better (only), but still not up to the quality/price ratio that the name Paul McCartney should represent.

Far are the times when you and as the Fab 4 band were asking the VIP to shake their jewellery to cheer up. The audience yesterday was sitting (that’s not my conception of rock concerts, and probably not yours either, despite your age) except a happy few (300-400 people?) who stood up in front of the stage, leaving their white garden chairs behind. I really envy them.

Your venue yesterday was not in Antwerpen, it was in Belgium (sole date and location for the country) and people came from all over Belgium to see you, to hear you, to enjoy the good old Paul McCartney fabulous talent. I don’t know who tipped you, but Belgium is not a Flemish only country. 40+% of the population do speak French (yes, like in Paris), and the recent past have showed the world how sensitive this is. Next time, say « Good night Belgium »,  stick to English (we love it here) and if you really want to speak local language for fun or whatever, make sure you don’t insult anybody and speak all the local official languages, especially if the goal is to be nice to people. And I know it is your goal.

Of course I forgive you because we love you, we love your music and the magic is still there.

Subsequently to this experience I have decided I won’t attend any more « rock » concerts where no standing places in front of the stage are foreseen. This is my conception of Rock n Roll. 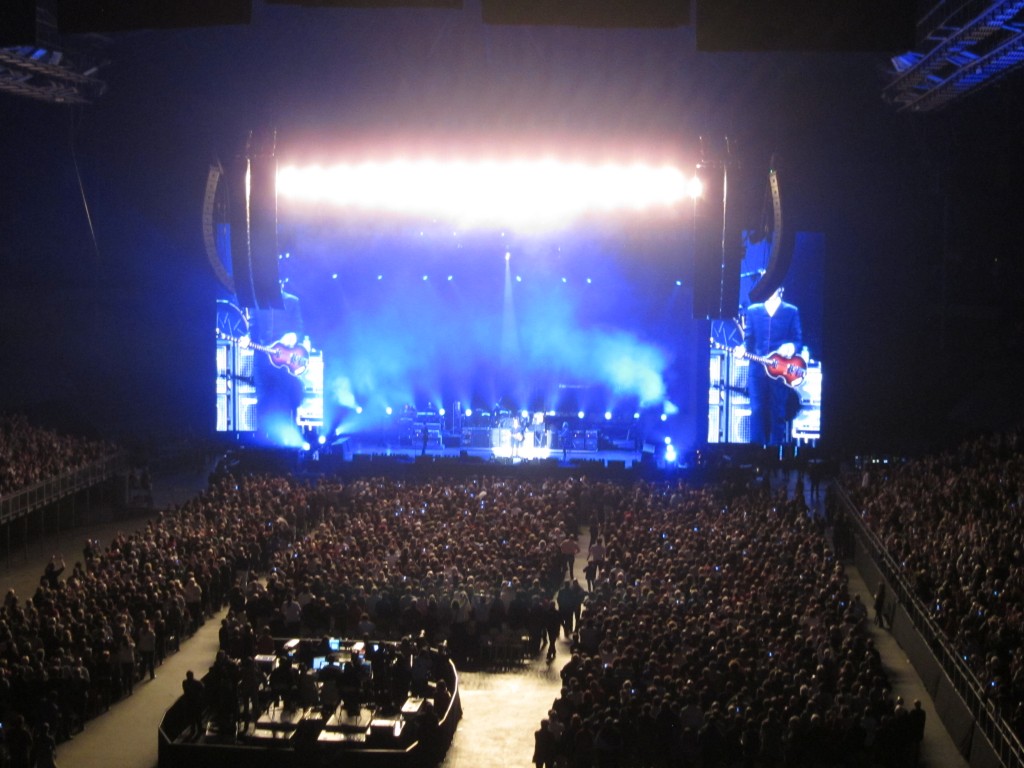